Been working on a knitting job and thought a good way to present the product would be to put it in a nice bag.

And since the sewing machine still needed some workout, I present next sewing project...a bag. 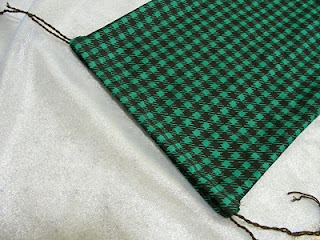 Wasn't particularly difficult or anything. All I had to do was cut it to size, fold it in half and sew up to two sides, leaving enough space at the end so that I can sew the fabric horizontally to put in strings and viola! 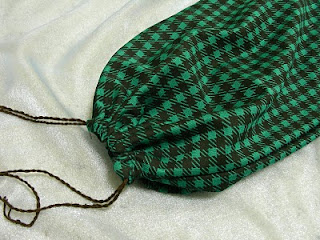 What's inside the bag? Will blog about it later. In the meantime, here's a sneak preview: 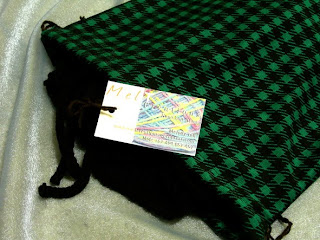 No comments:
Email ThisBlogThis!Share to TwitterShare to FacebookShare to Pinterest
Labels: Sewing

My very first project on my sewing machine - just a simple headband.

It was an interesting experience though. It's been a while since I actually cut up pieces of fabric, measure them, pin them together and then run them through the sewing machine. 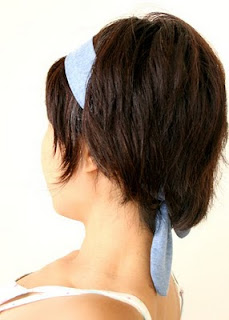 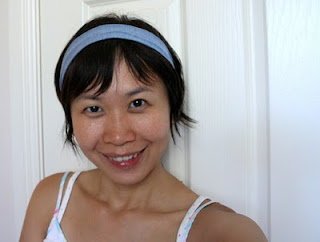 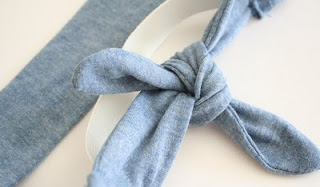 Pretty good effort, if I can say so myself!
3 comments:
Email ThisBlogThis!Share to TwitterShare to FacebookShare to Pinterest
Labels: Sewing

Where are you from?

I have an identity crisis. My tongue swells up and I stutter whenever people ask me, "Where are you from?"

It's not supposed to be a hard question, but things like "Is this a question of where I was born or where I'm currently living?" or "Will I seem like a fraud if I said Australia?"

And the thing is, I have tried saying Australia on several occasion, only to be asked a follow-up question, "But what is your heritage?"

This article reflects just how I feel about things.

"Where are you from?'' I am asked this regularly because I have an accent. Everyone has an accent, but mine isn't pure Australian; it has an American component.

What's wrong with being asked where you're from? Primarily, for me, it's boring. After 40 years of the same question, I'd rather talk about something else.

But this seldom satisfies my questioners. ''But I detect a bit of an accent. Are you from Canada?'' Many Australians imagine that Canadians become upset if they are thought to be Americans. At this point I usually admit I'm from the US. But often that is not enough.

I can obfuscate and say from several places (true), or be more precise and say Oklahoma. I lived in Tulsa, Oklahoma, for 11 years but have not visited the state for the past 40, so it hardly seems like home. All my relatives left decades ago.

Finally, after years of being annoyed by such questions - always well meant, of course - I realised that for some reason it is socially acceptable to question someone about their origins based on their accent, even though commenting on other inferences is off limits.

Imagine being introduced to someone and having the nerve to ask ''How old are you?'', then, when the person demurs or deflects, persisting: ''But I noticed wrinkles around your eyes that make me think you're over 40.''

Imagine meeting someone and asking ''How much do you weigh?'', then, when the person tries to avoid answering, persisting: ''But you look like you're over 80 kilos.''

Imagine meeting someone and asking ''How much money do you make?'', then, when the person declines to answer, persisting with comment about the quality of their clothes.

These scenarios are unlikely. It's usually considered impolite to ask strangers their age, weight, income, religion or hair colour, even though you can guess by simple observation.

So why is a stranger's accent fair game? Why is it OK to ask about their origin but not about their weight or age?

I don't know the answer. My main interest is in changing the conversation without being offensive. So far my best response is: ''Where are you from?'' That shifts the focus from me to my conversation partner - far more interesting to me.

2 comments:
Email ThisBlogThis!Share to TwitterShare to FacebookShare to Pinterest
Labels: Seeing the world

And they say Macs don't crash...

The brand new Mac that I had to get for work decided to stop working about a week after I got it.

It didn't crash per se, it just refused to turn on. Nothing I did could wake it up. And for those smart alecs out there, the computer was plugged into the power socket that was turned on. It had full battery power.

Took it in to be serviced (and what is this about having to personally bring Macs in to a service centre? Dell sent their representatives to my office when I had problems with my old PC!) only to be told a week later that after the repair guy spent three hours installing the new part, it was still faulty.

So now I have to wait for another new part to arrive for the repair guy to try again. In the meantime, I'm trying to get work done on my PC.

And when the Mac is repaired, I have to drive 30 minutes to the service centre to pick it up.