So I attempted to make my own storage bin after seeing this post, considering I had obtained some free fabric scraps from my all-time favourite Freecycle and always had cereal boxes lying around the house.

I also had some knitted flowers that I had made up from some yarn scraps that were perfect as embellishments. 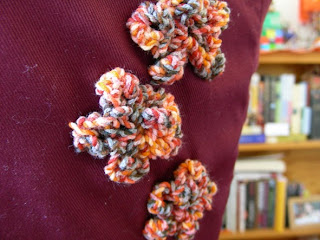 Ok, so the box is a little wobbly and not as professionally finished as the one by Urban Nest, but hey, it still works pretty good as a storage bin for my in-progress knitting projects!

And since it's made completely out of recycled materials, the cost is free - except for the sewing machine needle that I had to replace coz I broke it while sewing up the fabric to the cardboard . . . oops. 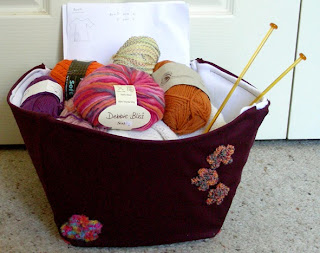 After my trip to America this April, I had a bunch of photos and souvenir things that I had collected that I was thinking of putting into a scrapbook. However, despite loving crafts, scrapbooking isn't really my cup of tea and I didn't really like the idea of simply putting memories in a book and then forgetting about it.

Then I got a bunch of free pinboards from Freecycle and some pretty wrapping paper on sale at Borders and a dream was born. 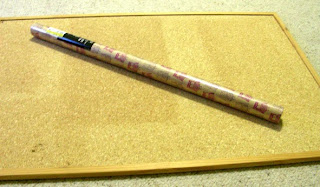 Considering the board was none too pretty, I spruced it up like I did before. 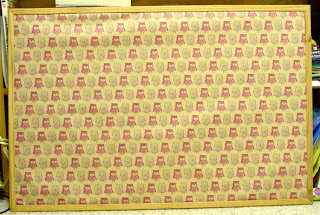 It took a bit of coaxing to get the paper smoothly onto the board but I was eventually successful.

I got a good deal for a collage print from Snapfish which meant my American photo highlights were nicely printed on a piece of paper, which also became the centrepiece of the "scrapboard". Then it was simply a matter of collecting up all my paraphernalia and deciding where to place them! 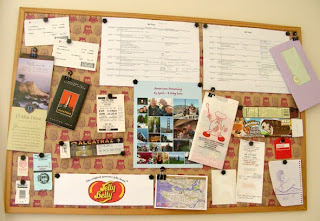 And now the "scrapboard" sits proudly on my wall right above my desk in my bedroom.
1 comment:
Email ThisBlogThis!Share to TwitterShare to FacebookShare to Pinterest
Labels: Craft

Published in Signs of the Times, October 2010.

And if you're interested, my (almost) complete writing portfolio can be found here.
No comments:
Email ThisBlogThis!Share to TwitterShare to FacebookShare to Pinterest
Labels: Seeing the world
Newer Posts Older Posts Home
Subscribe to: Posts (Atom)