For almost three years, I've talked about the place I've worked in, but have never actually mentioned the people I work with.

I think this may be a good time to introduce my team to you.

(and believe it or not, this is the creation of my boss.)

2 comments:
Email ThisBlogThis!Share to TwitterShare to FacebookShare to Pinterest

Things to consider as I prepare to go on a hiking trip in Tasmania. 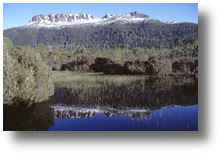 Merry Christmas everybody!
No comments:
Email ThisBlogThis!Share to TwitterShare to FacebookShare to Pinterest

Is it Christmas yet?

The silly season has certainly descended on me and I cannot wait for the Christmas holidays to actually begin so that I can actually get some rest.

Can't keep up with all the Christmas parties, gathering of friends, Christmas shopping and what not that have cropped up over the last few weeks.

I don't think I've had a free weekday evening, or for that matter, a free weekend in a while. I'm truly ready for a decent holiday where I don't get to do anything.

That will probably only happen next year though....hmmm.....
1 comment:
Email ThisBlogThis!Share to TwitterShare to FacebookShare to Pinterest

Met up with a bunch of friends at a national reserve for brunch, a game of cricket and generally just to hang out yesterday.

The day was sunny, warm and just that bit on the humid side. With all that rain we've been getting over the past week, I'm not surprised.

Who would have thought that by about 4pm, storm clouds would start to roll in, making it seemed like there was early nightfall that afternoon.

A few minutes after helping Daniel get the washing in, I started hearing pounding on the roof. It was like as if really big and fat raindrops were pelting it.

That was when Daniel sprung up, exclaimed "hail!", rushed out of the house, rushed back in yelling at Kylie-Anne to move her car under shelter, ran out of the house, ran back in again, ran around the house, emerged of the house with a couple of blankets to cover the car of his other housemate who was not home at the time.

And as I stood there gaping at the hail falling from the sky, I got hit right square in the chest by one, leaving a rather nasty red mark.

The damages from the hail around Sydney were rather high.

Who would have thought there would be quite that many bats in the Botanical Gardens, located in the Sydney CBD?! 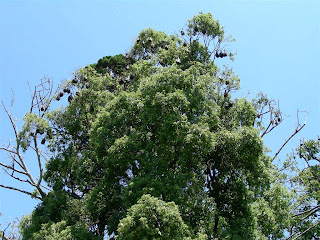 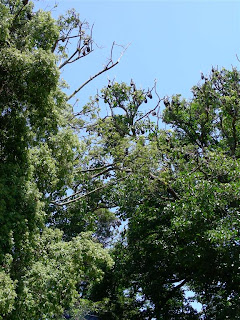 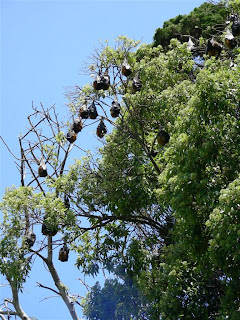 No comments:
Email ThisBlogThis!Share to TwitterShare to FacebookShare to Pinterest

As Brentyn commented, "Sydney spent so much money on APEC, this is the only Christmas tree they can afford." 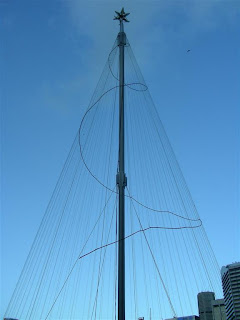 No comments:
Email ThisBlogThis!Share to TwitterShare to FacebookShare to Pinterest

Evel Knievel has passed away.

A somewhat strange but true fact - I first learned of Evel Knievel from a Robbie Williams song. I have no idea which song that is now, but I'm sure there was a reference to him in it.

The only thing I knew about him was the fact that he was a crazy motorcycle jumper. I didn't realise he actually crashed that many times though.

But for those who may want to find out just what this dude was famous for, here's a cute little vid.