The art of levitating 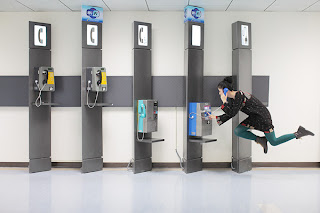 I'm still not quite sure how she does it but I'm duly impressed.

Yowayowa takes self-portraits of her levitating and while I'm pretty sure she doesn't actually know how to levitate, the technique she uses to show her doing ordinary things while levitating leaves me stumped.

Am pretty sure a more knowledgeable camera person than myself would figure this out in seconds, but I continue to remain awed.

Also, I like what she says, "yowayowa is a Japanese term meaning "weak" or "feeble." Since I'm yowayowa, it's really heavy to carry SLR cameras around."
No comments:
Email ThisBlogThis!Share to TwitterShare to FacebookShare to Pinterest
Labels: Ponderings 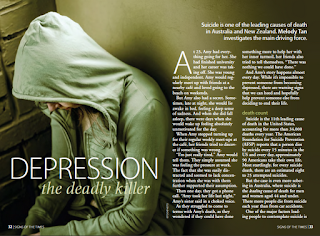 Published in Signs of the Times, November 2011.

And if you're interested, my (almost) complete writing portfolio can be found here. 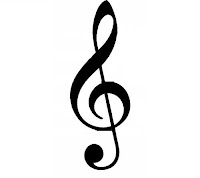 The saga of my name continues.

Operator: "How do you spell it?"

Me: *facepalm*
No comments:
Email ThisBlogThis!Share to TwitterShare to FacebookShare to Pinterest
Labels: Seeing the world

It's amazing how things work out for the best even when you first perceive it as somewhat of a disaster.

It all started when I was deemed less important than refreshments. We had organised a work function in New Zealand last week that I was meant to attend. However, our budget was such that we couldn't afford refreshments. It would have been fine because the function was such that refreshments weren't particularly necessary.

However, some of our NZ counterparts thought otherwise and believed they were crucial. So in order to make up for the shortfall, my budget was axed (I volunteered the idea) and I had to stay in Australia so that however much it might cost to fly me to NZ could make up for part of the costs of refreshments.

I wasn't particularly upset about it by any means. I didn't think my part in NZ was crucial, and if it meant saving a few bucks to help what was obviously an important thing, I was happy to not go. I just thought it funny to declare, "I was chosen over drinks."

Anyway, it turned out to be a bigger blessing than I could ever ask for. I was due to fly out on a Friday, but I started a series of event on Thursday that required me to be in Australia on Friday. If I had left that day, what I had started may not have been accomplished, which would not have been very pleasant.

Also, on Sunday, the day I was supposed to fly back from NZ, this happened. Qantas grounded all their flights. Who knows when I would have been able to return to Australia if I had gone to NZ. Who knows what would have happened to the project that I started on Thursday if I weren't back in Australia on Monday.

From my Christian point of view, I can only attribute it to God. I had prayed fervently about this project that I had started on Thursday. I was way out of my depth with it and had asked God for all His guidance and help.

I think he's answering my prayers.

My project hasn't finished and I've been rather stressed over the last two weeks, but while there is a sense of nervousness, there is the knowledge that in the end, it's all going to work out because He's in charge.
No comments:
Email ThisBlogThis!Share to TwitterShare to FacebookShare to Pinterest
Labels: Walking with God
Newer Posts Older Posts Home
Subscribe to: Posts (Atom)