Pamper yourself, you deserve it 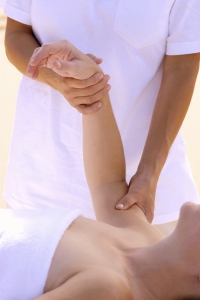 It's a phrase that I am hearing more and more of in recent times: "take time out for yourself", "spoil yourself" or something along those lines. While it is not a bad thought in itself, I sometimes wonder if we may have swung too far to the other extreme.

The whole history behind why that phrase came about is because (or so we've been told) people, especially women, spend far too much time looking after their family, putting others first, serving people, that they forget that they themselves need some pampering time too.

Don't get me wrong, I'm all for a bit of me-time and absolutely love my baths, my mani-pedi sessions (until I caught a nasty fungus from a less than sanitary manicurist), massages and the odd day spa sessions. So believe you me, I'm a huge believer of pampering myself.

But I wonder if that emphasis on looking after oneself may have caused some of us to become more self-absorbed than necessary. When we start looking to ourselves and putting ourselves first, we will eventually forget to think of others.

Has this trend of "spoiling ourselves" caused us to become more selfish and less considerate of others than before?
Email ThisBlogThis!Share to TwitterShare to FacebookShare to Pinterest
Labels: Seeing the world