Interview with a senator 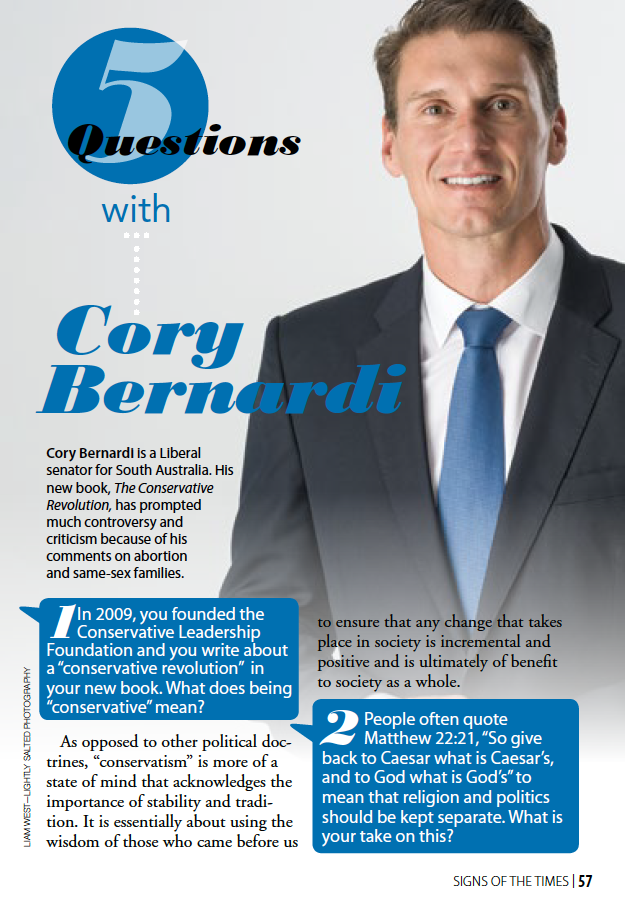 Not that it was much of an interview, to be honest. I merely emailed through some questions and then got a reply. But the nature of the article didn't require a conversation, and it was probably the best form of interview for someone as busy as a senator, so an email interview it was.

When we first thought of featuring him in the magazine, he was merely an interesting politician who can be quite outspoken about his (some might say) rather conservative Christian views. But whether it was serendipitous or bad luck, he came under intense media spotlight for a few days in January thanks to his comments on abortion and homosexuals.

I won't make a comment on what I personally think about his views, but reading through his answers was an interesting experience. There was obviously a lot of thought and care that went into formulating the answers, and they reflected what he stands for and advocates in an intelligent and eloquent way. I certainly don't doubt his beliefs, but I also couldn't help but admire the media training politicians go through and how well they remember lessons to stay on the message.

And I did have to smirk at his answer to my final question: "We must also take care to avoid being too safe when it comes to political correctness".  He certainly hasn't been too safe with his remarks to the mainstream media. At least this is a man who practises what he preaches!
Email ThisBlogThis!Share to TwitterShare to FacebookShare to Pinterest
Labels: Ponderings