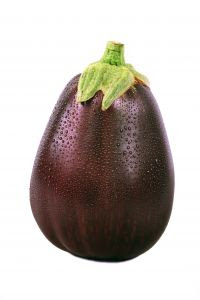 I think there's a difference between young and old people's tastebuds, and I think I'm developing that of an old person's.

I distinctively remember loathing vegetables when I was growing up, particularly slimey ones like eggplant and okra.

Traditional Chinese herbal soups were always a chore to drink, even though they're supposedly "good for me".

And I loved carbonated drinks...

I feel funny when there are no vegetables in my meal, not simply because I'm vegetarian now.

I have not had okra in a while, but I have no qualms eating eggplant. Particularly when it's nicely roasted. Yuuuuum.

I actually willingly make herbal drinks for myself (and poor D) because of the belief that they're "good for me".

Carbonated drinks...well, I still drink them, but not to the extent that I used to.

Those are the few examples that I can think of now, but I'm sure there are plenty of other stuff that I used to hate that for some strange reason I loved eating now.

Have you developed an old person's tongue?
Email ThisBlogThis!Share to TwitterShare to FacebookShare to Pinterest
Labels: Ponderings

i think i'm slowly developing that too. i dun seem to be able to guzzle my carbonated drinks as fast as i used to.

It's not only in food. I've found myself developing different tastes in music and so many other things.

i used to hate asparagus, but because the only stuff we ever ate was tinned, now that i've learned to cook fresh asparagus, it's yum

how i wish getting an old persons tongue meant i no longer found twisties, nachos or lolly-gobble-bliss-bombs appealing ...

I know what you mean. When I was younger I didn't like olives, dark chocolate and avocado. Now I love it.

Back in 2001 I used to love Cocoa Puffs (American cereals) and I ate them almost daily when being in the US. 4 years later I was back in the US and had some again. It was still good but not the same. So yeah, taste changes.

I've heard taste changes every two years. And I'd like to believe that is true.

I eat them all and enjoy them... but only when i passed 27 years haha