The Adventures of Making a Skirt...

...for the first time in my life. (and no, I have not finished writing my article. Yes, I allowed myself to be distracted. Although, I did start on the skirt about two weeks ago but just as it was about to be finished, my sewing machine decided to give up the ghost and was only returned two days ago. So technically, this was a project that should have been finished two weeks ago. Which means that I really wasn't procrastinating, but completing something I started.) 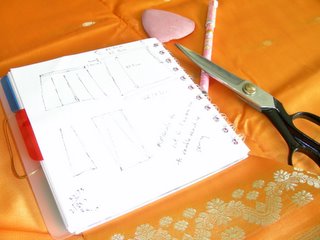 Got the fabric at Little India at the beginning of my holiday. Had no idea what I was going to use the fabric for when I bought it, but at $6 for six metres, I really couldn't resist. 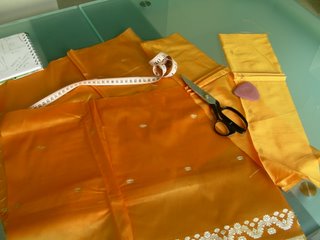 After the false pretense of being a well-experienced fashion designer with my sketches and measurements, the fabric was cut into the necessary pieces. 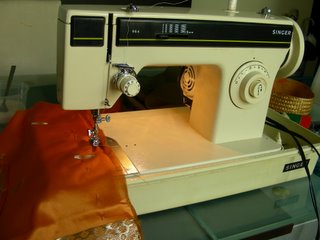 And thus begins the sewing. I have been sewing on and off for a few years now, although it has been a case of more off than on. Had previously worked on curtains and other little odds and ends. My pride and joy so far had been a bean bag I made from scratch in 2003, but what with leaving for Australia early last year, I had not been able to sew anything until now. 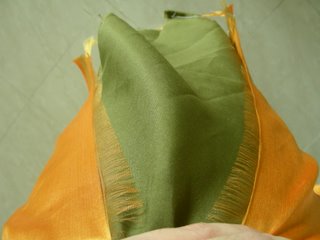 Then I find out that my measurements were a little off - somehow, the skirt could not quite go around me completely. Thank goodness the lining of the skirt was bigger... 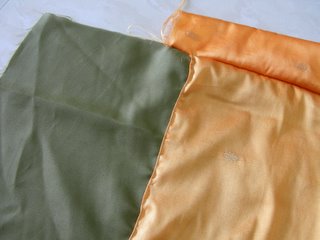 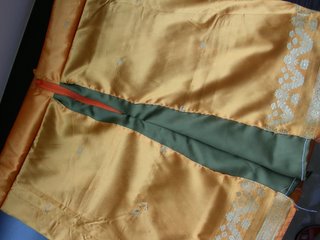 ...which meant I could technically use the lining to make my skirt fit. So I ended up sewing the actual fabric onto the lining. 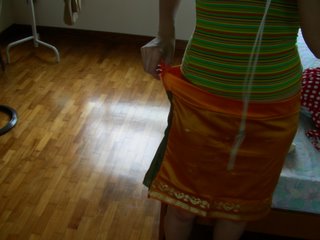 And instead of being too small, it was now too big. 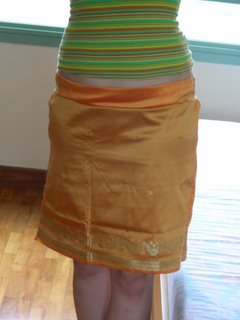 But a few quick adjustments later, we have the first skirt I've ever made in my entire life! (it's actually a little tight around the hips, but only because I realised I had forgotten to measure my hips during the planning stages.)

And now, instead of finishing up my article, I'm probably going to go to the shops to get some fabric and ribbons to modify my bridesmaid dress...
Email ThisBlogThis!Share to TwitterShare to FacebookShare to Pinterest

nevermind. never spend time with me. sew skirts instead. nevermind.

OMG YOU ARE TURNING INTO MARTHA STEWART!!!

I like the skirt! For doing one for the first time it well done! Keep it up!

unfortunately, after ironing, the skirt shrank even more and now is really rather tight around the hips...*lol*